Sometimes the Teacher Becomes the Lesson

A personal and passionate talk by teacher Mark Raines about the value and learning opportunities for students through teacher sincerity and vulnerability in the classroom, within appropriate boundaries. This teacher shares how in the midst of his own health crisis, he discovered the benefits and lifelong lessons of allowing students into his personal story thereby creating lifelong lessons for all.

An award-winning television and film teacher at Canyon Crest Academy in San Diego, CA, Mark Raines, is passionate about helping students find and share their voice through film. He was named National New Teacher of the Year by the Association for Career and Technical Education in 2008 and also received teaching recognition from the Toyota International Teacher Program, USAToday, and the Radio Shack National Teacher Award. For the past 15 years, Mark has been the executive producer of a weekly student-produced television broadcast along with hundreds of student films and videos, often showcased in the nation’s largest film festivals. 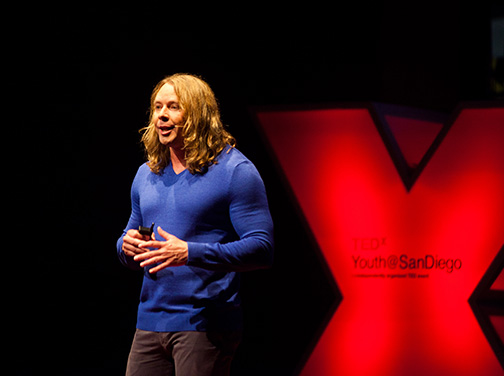